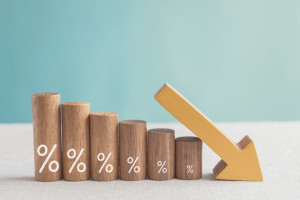 Looking for an alternative to bankruptcy? Debt consolidation loans are a great option if you have outstanding high-interest debt that you can combine into a single loan, ideally with a lower interest rate. For example–if you have several past-due credit card bills, it may be time to look into debt consolidation.

The unique benefit that debt consolidation loans have to offer is that they allow you to simultaneously reorganize your debt while protecting your possibility to secure a lower overall interest rate. They can also empower you to pay the total amount off faster, helping you to avoid more bills and fees.

Below, we’re discussing everything you need to know about debt consolidation loans in Utah and will be helping you to determine whether or not they are the right choice for your unique needs.

When should I consider debt consolidation?

Many who are facing bankruptcy are dealing with high amounts of high-interest debt, which can be alleviated with debt consolidation. Several secondary elements of your financial health can make debt consolidation a viable choice. We’ve listed a few of them below.

1. If you have a good credit score & need to pay off debt

If you currently have a good credit score, you’ll be able to consolidate your debt into a loan with more favorable terms. You may also be able to secure a lower total interest rate than you’re paying now. A credit score of at least 670 ensures that you’ll get a reasonable interest rate.

2. If you want consolidation with a repayment plan

Consolidating all of your high interest debt into a single loan (alongside an established repayment plan) is often the best option for debt consolidation. Something important to note here is that if you continue to make the minimum payment on your cards and outstanding debts, you won’t likely be free of your debt. You should only consider a debt consolidation loan if there is a complimentary repayment plan set up by the lender.

3. If you have high-interest debt adding up

When we talk about debt consolidation, we generally refer to credit card debt. Although there are other types of high-interest debt, this tends to be the most common type of debt people struggle with. Personal loans can average interest rates of 9% or higher, while credit cards start at a minimum of 14-16%. Consolidating your credit card debt into a personal loan with a lower interest rate reduces the amount you’ll pay in interest over the life of the loan–leaving you with a more savvy saving option to rely on.

1. Damage to your credit

Applying for a debt consolidation loan can drop your credit score by five to ten points from a hard inquiry. However, consolidating your debt instead of missing payments or defaulting altogether can strengthen your credit in the long run.

When you opt for debt consolidation to resolve your debts, the lender may charge origination fees of up to 8% to originate your loan. This added expense may not be feasible if you’re struggling to make payments on your current obligations.

How to apply for a debt consolidation loan

The first step in applying for the loan is to know where you are financially. A credit score of 670 or higher can give you the best possible chance of giving you a lower interest rate on your new loan.

The lender will ask for documentation when you apply for the loan. Make sure you have your social security number, contact information and recent paystubs ready. You’ll also want any relevant employer information and records of current debts and obligations.

Avoid the temptation to go with the best offer, and take a look at other quotes. You want to ensure that you’re getting the best rate available.

Facing bankruptcy? Trust the experts! The team at Ascent is here to help you to navigate the most complex elements of your bankruptcy case, having the necessary skill and experience needed to bring your case to full resolution. For more information, please visit our website.