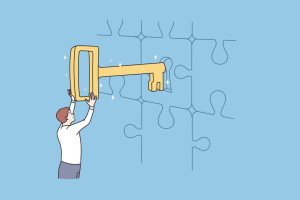 Filing for bankruptcy is often viewed as a “last resort” for those who are in financial distress–buying time they need to liquidate their assets or restructure their debt. This time is valuable, as it can help those who are struggling to pay off the debt at a more measured rate, while keeping further collective action at bay.

If you’re considering filing for bankruptcy, it’s important to be fully aware of all potential costs. Depending on your state and current needs, you can anticipate costs of hiring an attorney, filing fees, counseling and other related administrative elements throughout the bankruptcy process.

If you’re in a situation where bankruptcy is one of the only options, you may be wondering where you can secure the money to pay for these costs as you navigate your financial difficulties. Thankfully, you can evaluate several options to resolve your costs–depending on the different types of bankruptcy for which you may be filing.

Below, we’re exploring the different types of bankruptcy and the costs of filing for each. We’ll also be recommending different ways to help you to fully resolve any costs associated with your case, helping you to move toward a debt-free future.

What are the most common types of bankruptcy? (And what should I expect with each?)

The bankruptcy process normally begins with the person in need reaching out to an attorney who specializes in bankruptcy law. From there, the case will be evaluated and legal advice will be given–further indicating if bankruptcy application and processes are needed for that specific case.

Below, we’ve listed some of the most common types (otherwise known as “chapters” of bankruptcy), as well as their associated costs. This can help you to more accurately determine if bankruptcy is right for you and what costs you can expect with each.

Chapter 7 bankruptcy is called liquidation bankruptcy, as most of the person’s assets are sold to pay back creditors (in most cases.) However, there are some exceptions for certain personal items. You can find out if you qualify for an exception based on your specific situation.

Common exceptions covered under Chapter 7 include:

If you have questions about exceptions, it’s important to speak to a lawyer to determine what you’re legally eligible for.

Chapter 7 is normally one of the fastest ways that people can discharge their debts. The process can take anywhere from two to six months to resolve, depending on the complexity of the case.

What are the costs associated with Chapter 7 Bankruptcy?

Several costs are associated with Chapter 7 Bankruptcy. Some common approximated costs include:

In total, you should expect to spend about $2,000 (at a minimum) on your Chapter 7 bankruptcy case. This estimate may vary depending on your physical location and other related factors.

This type of bankruptcy involves restructuring your debt and can allow you to retain certain property as outlined in your bankruptcy agreement. You’ll work with the court to create a payment plan that can last between three to five years, and you’ll continue to make payments until your unsecured debts can be considered discharged.

Payment plans for Chapter 13 can require you to work with a separate trustee, who oversees the payments made to creditors. They may be paid by commission, which can be anywhere up to 10% of the amount depending on your local governing laws. Your lawyer can help you to determine the approximate costs and how that will fit into the other costs associated with Chapter 13.

What are the costs associated with Chapter 13 Bankruptcy?

Several costs are associated with this type of bankruptcy, including:

Ascent Law offers comprehensive legal representation and assistance in filing your bankruptcy case. For more information and to book your FREE intro call, please visit our website. We look forward to serving you soon!