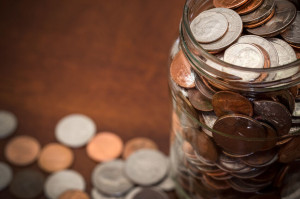 Wage garnishment can be a problem for those who have considerable amounts of debt and are unable to pay it off. For example, if you have defaulted on a debt, the creditor may sue you for the amount due and be granted a judgment against you. In order to collect a debt, the creditor is legally allowed to garnish a percentage of your wages until the debt is paid off. This can be a problem for those with limited incomes, which is where your lawyer can help. In this post, we’ll discuss what wage garnishment is, and the legal recourse you can take in instances of wage garnishment.

You may have crushing consumer debt or student loans that have been unpaid. You may even have unpaid child support or back taxes. No matter what, your situation can benefit from individualized attention and a tailored approach by a legal expert. Once the debt has been identified, notification by the court will be sent to you and your employer, notifying them of the situation. Depending on the state, the garnishment begins in five to thirty days from that point and can continue until the debts are repaid. It is important to note that wage garnishment is not voluntary, nor does it require any voluntary arrangement that you may have with your employer to deduct part of your salary for debt repayment of any kind.

The Federal Wage Garnishment Law, Consumer Credit Protection Act’s Title III (CCPA) does apply to wage earners in all 50 states, as well as Washington, D.C., and all US possessions and territories. The Department of Labor, Wage and Hour Division oversees the application of this law. It limits the number of a person’s wages which may be subject to garnishment. It also protects you from being fired if your wages are being garnished for only one debt. The Wage and Hour Division determines the percentages which are allowed to be garnished and has authority over termination by your employer. Other concerns, such as the priority of multiple garnishments are not covered by Title III and would be referred to the court or agency that initiated the action.

Under no circumstances may the amount to be garnished be greater than the percentages provided by the law in the CCPA.

The CCPA definition of earnings includes wages, salaries, bonuses, pension payments, or even disability payments from an employment-based plan. Even lump-sum payments such as profit sharing, referral or sign-on bonuses, commissions, retroactive pay increases, holiday pay, termination of severance pay, moving or relocation payments may be subject to garnishment.

The amount of wages allowed to be garnished is based on a person’s disposable earnings which equal the number of wages remaining after legally required deductions are removed. Some examples of this would be Social Security, Medicare, Federal, State, and local taxes, as well as State Unemployment Insurance taxes. Deductions not required by law do not count and cannot be exempted from “disposable earnings” as defined above. Examples of this would be union dues, health or life insurance, retirement plan contributions, or purchase of savings bonds.

Generally speaking, a maximum garnishment of 25% of “disposable earnings” is pretty average. The dollar amounts will vary based on the guidelines of Title III. For child support and alimony, the law will allow 50% of your earnings to be garnished for payment or up to 60% in certain cases. For support payments more than three months behind, an additional 5% may be added. If a state law regulating garnishment differs from Title III, the law resulting in the lower garnishment amount is to take precedence.

Another thing to be aware of is that a garnishment judgment against you will remain on your credit report for seven years, lowering your credit score and hampering your ability to get financing for a major purchase such as a car, house, or business loan. If you have been notified of a wage garnishment judgment, it is important to remember that it is your responsibility to investigate and protect whatever rights may be available to you in your state. You can file a dispute if the notification has inaccurate information, or you believe that you aren’t responsible for the debt.

You should also be aware that Social Security and veterans benefits are exempt as garnishment, but could be subject to seizure once they are deposited into your bank account.

The laws governing wage garnishment are complex. Hiring an attorney can be helpful to understand and navigate the process. For more information or to book your free consultation, please give us a call at (801) 432-8682.