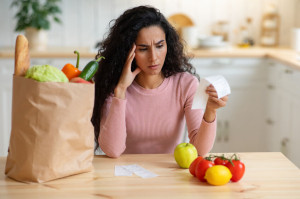 Looking to file for bankruptcy? You’re not alone. According to the Administrative Office of United States Courts, in 2021, annual bankruptcy filings totaled to 473,349 across all types of bankruptcy cases and may grow due to the economic recession in 2022. While the process can feel completely overwhelming, your attorney is here to be a resource to you and to get you the best possible resolution to your financial concerns.

Below, we’re discussing what Chapter 13 bankruptcy is, and how you can determine if your case is eligible for a Chapter 13 hearing in the Utah bankruptcy courts.

What is a Chapter 13 bankruptcy?

In bankruptcy, a Chapter 13 filing goes by a more common term — a wage earner’s plan. Essentially, you’ll be able to work with the court to create a plan for repayment to all of your outstanding debtors. Your repayment plan will not be made on an indefinite basis, however. Your installments will be paid out within three to five years from your case’s finalization date, with many cases opting for a faster repayment time.

Who determines the repayment rate in a Chapter 13 bankruptcy case?

You’re likely wondering: Who determines if you are able to receive a longer repayment time for your outstanding debt? In all bankruptcy cases, the judge will make the final ruling on your monthly amount for your repayment plan, and how long you will take to pay off the outstanding sum. Judges use a state median guideline to determine if your current flow of income is suitable to repay your debts within the faster timeline of three years, to minimize strain on debtors, and to reach as fair of a resolution as possible between both the debtor and the creditor(s). If your income is lower than the median, you may be given an extension on your repayment plan.

Will I ever get more than five years’ time to repay my debt?

Under Chapter 13 bankruptcy guidelines and U.S. bankruptcy law 11 U.S.C. § 1322(d), you will not be able to seek a longer repayment time than five years from the date of your case’s finalization.

What if I don’t repay my debt under Chapter 13?

It is never recommended to skip your Chapter 13 monthly payment(s) to reduce your outstanding debt. The court remains involved in your process to ensure that payments are being made. If you miss a payment or make a habit of being delinquent, this opens new opportunities in the court to change the type of bankruptcy classification that your case falls into. In most cases, this would be your Chapter 13 case changing into a Chapter 7 case classification, which would call for liquidation of any key assets you have to repay your outstanding debt.

How do I determine if Chapter 13 is right for me?

Chapter 13 offers several different benefits compared to other types of bankruptcy, which we’ll cover below. That’s why it is the first option for many people struggling with debt who are considering bankruptcy. If you’re looking into debt resolution via bankruptcy in Utah, we recommend consulting with a skilled bankruptcy lawyer to help you determine what the best option would be in your specific case. There are specific regulations outlined in United States bankruptcy law that help your lawyers to determine eligibility.

If you meet the income requirements, any person may choose to file for Chapter 13 bankruptcy. This includes those who are operating any type of unincorporated business or who are freelancing or self-employed.

What are the benefits of Chapter 13 bankruptcy?

The main advantage for many people pursuing Chapter 13 bankruptcy is the ability to protect their homes from foreclosure or any negative action taken to repay the outstanding debts. They also are able to avoid immediate liquidation, which is what would happen if they opted for a Chapter 7 bankruptcy case. However, it’s important to note — if you want to enjoy the benefits that a Chapter 13 bankruptcy case can offer you over other financial assistance options, it’s important to pay your monthly bill on time. As mentioned above, the court retains the right to shift your case’s classification if they believe that payment(s) have been missed or delinquent.

Ascent Law can help you navigate bankruptcy in Utah

If you’re facing bankruptcy in Utah, you don’t have to face it alone. The team at Ascent Law is here to help you to navigate every step of the bankruptcy process, from administrative filing to arguing your case. Our team has years of experience and a long track record of success with customers like you, and are fully prepared to help you succeed at this method of debt resolution. For more information and to book your free intro call today, please visit our website.