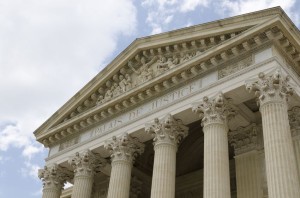 If you’re going through the divorce process, it can feel completely overwhelming and frustrating. This can become even more complex if there are children between you and your partner, which can complicate the dissolution of your relationship. Although the court does its best to make its ruling as equitably as possible, there is usually no way to accommodate the needs of both parties to the fullest extent. Physical custody is one of the most necessary and “hot-button” topics in divorce court in most cases and can determine where your child will live until they reach legal age. Going through a custody battle is emotionally and financially taxing, which is why we’re offering insight into how you can prepare to argue for physical custody in your custody agreement with your legal team.

Read on to learn more about the court process, the argument, and how you can work to obtain joint custody of your child.

What is physical custody?

There are two main types of custody of minors in any divorce case: physical and legal. Physical custody pertains to the parent who will have the child living with them on-site at their home’s location. The benefits to physical custody are the amount of face time that you’ll be able to have with your child, as well as the added convenience of in-home parenting and communication.

Legal custody is not the same as physical and refers to the parent who will be responsible for making any legal decisions pertaining to the child, such as those that relate to healthcare and education. Often, different parents want different things for their children, which makes coming to a joint resolution difficult. Judges may choose to split both legal and physical custody between parents or may grant a single parent both types of custody depending on the nature of the situation.

What factors contribute to the judge’s physical custody ruling?

When making their decision on physical custody arrangements, judges take a variety of factors into account. Some of these include the financial health of the parent, which can be determined by outstanding debt, open bankruptcy cases, and the ability of the parent to provide for the child with stable employment and cash flow. Another factor could be the mental fitness and physical health of the parent, as well as the nature of the child’s relationship with the parent. All of this is done to ensure that the child will be going to a stable home environment despite the turbulence of the divorce case.

How to prepare to argue for physical custody in Utah

If you’re looking to argue for physical custody in Utah, there are steps that you can take to streamline your process. One of the biggest steps here is to actually build your case, which is something that your lawyer can help you with.

Whether you’re going through divorce court or an alternative dispute resolution process (ADR), your attorney is here to be a resource to you and compile evidence that will prove your ability to be a fit parent, as well as the stability of your home for your child. They will examine every area of your life that the court may weigh in the physical custody ruling, such as financial, health, psychological, and other related influences. They can help you to compile key documentation and walk with you through the administrative process to get as fair of a ruling as possible for your situation.

Does this mean that I don’t get a say in key legal conversations for my child’s well-being?

In nearly all court arrangements, a percentage of legal custody is still shared between both parents (excluding restrictive sole legal & sole physical arrangements with no parenting time with the non-custodial parent, and excluding restrictive split custody agreements). This means that you will still have the opportunity, in many cases, to communicate with your partner about the child’s well-being and key legal decisions.

There is no “right” way to do a custody arrangement. The goal throughout this process is to ensure that the child’s needs are met and to ensure that both parents are ideally able to be present in the child’s life despite the marriage’s dissolution. What many couples may opt to argue for is a joint physical and joint legal arrangement. This will give both partners the opportunity to live with their children on certain days of the year, and allows them to make key legal decisions on their child’s behalf together.

Prepare for your Utah custody hearing with Ascent Law

If you’re going through the struggle of the divorce process, you don’t have to do it alone. The experts at Ascent Law are here to help you find success in your custody arrangement and will help you to ensure that your child is cared for. For more information and to book your free intro call today, please visit our website. We look forward to serving you!