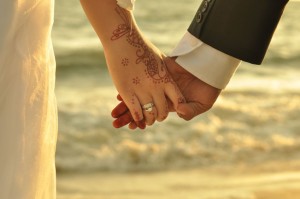 Separation is always a difficult thing to go through, especially if the marriage had a rocky start. This is particularly common in cases of fraud or mental incapacity at the time of the marriage, which unfortunately are still possible factors despite the modern-day failsafe in place to prevent the illegitimate marriage. If you’re considering filing for annulment in Utah, there are several different justifications that you can use to bolster your case. We recommend working with a seasoned attorney who can ensure that your interests are protected during every part of the process. Below, we discuss the possible reasons for annulment in Utah and how your attorney can assist you over the duration of your case.

What is an annulment?

Annulment is a process that will designate your marital relationship as completely null and void. It questions the legitimacy of the relationship in the first place and is often justified by outside factor(s) prior to confirmation in the Utah court system. It is considered permanent and should not be a decision that is taken lightly.

What are possible reasons for an annulment in Utah?

If you’re considering an annulment for your Utah marriage or union, it’s important to see if your marriage experience is categorized by any of the following designations:

How would an annulment case be argued in Utah?

If you’re considering petitioning the court for an annulment of your marriage, it’s important to understand your process as you move through the case. Before considering an annulment, consult with an attorney to ensure that an annulment petition is the right course of action for your unique situation. You also will want to be sure that the marriage is eligible for annulment based on the current state requirements, as these may vary from case to case.

Preparing for an annulment can be emotionally taxing. Your attorney can be a resource to guide you through the process and help you assemble and file any necessary administrative paperwork that you will need to file for annulment in Utah. It’s important to be as prepared as possible in order to streamline your process.

Proper steps to take to prepare your case for review include:

Ascent Law can help with an annulment in Utah

If you’re considering annulment in Utah, you need experts who will be there to support you every step of the way. The state of Utah features some of the more complex annulment and separation laws. The team at Ascent Law has had years of experience successfully navigating these requirements and has been able to successfully assist hundreds of marital and family law cases in similar areas. For more information and to book your free intro call today, please visit our website.