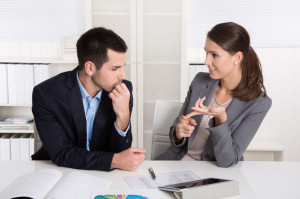 Future planning is deeply personal and can bring up a lot of difficult emotions as you walk through the process. There are several things to consider when making your future arrangements to ensure that you’re making the most “correct” decision for your unique circumstances. Below, we’ve compiled a guide that outlines exactly what considerations you should be making, in hopes that you can move through the steps of your decision in confidence. Read on to learn more about the different considerations you should make during your future planning process.

Consider what type of arrangements you want to have

Going into your estate planning process with a general idea of the arrangements you’ll want can be helpful and may streamline your process. There are many different types of arrangements you can pursue, each with its own benefits and drawbacks. Below are just a few of the options available to you:

There are other iterations of future planning tools, but all of them align with the same goal: distributing your assets fairly among your chosen beneficiaries in the event of your passing or if you become incapacitated and are incapable of making your own decisions.

Remember why you’re going through the estate planning process

We know it can be unpleasant to think about, but many benefits come with planning ahead for your future arrangements. The main benefits are that your family will not have to go through additional administrative processes or the hassle of the probate court in the event of your death. They will be able to freely grieve and focus on getting through the emotional time without the added weight of court-mandated deadlines, requirements and other inconveniences. It also helps to abate potential family fights and disagreements over the estate before they begin, which can be advantageous if the estate is large or if the family doesn’t get along well together.

In doing your research, you may have come across several “DIY” versions of your final will and testament or sites stating that you don’t need a lawyer in order to create your estate plan. While that is technically and legally true, we never recommend do-it-yourself legal “kits.” Many times, these sites and resources don’t take state law differentiation into account, nor are they able to apply the legal precedent in its full context. They may also not be legally binding to the extent that you need in the event of your incapacitation or death. This would lead to expensive and draining rounds in probate court, where your case may be found to be intestate – as if you died without any will at all.

If you’re looking for a place to start, consider reaching out to a reputable lawyer and estate specialist. They’ll be able to walk alongside you as you navigate your needs and preferences and can support you in making the arrangements legally binding in the state of your residence. They can work with you to compile the paperwork, appoint the beneficiaries and trustees and do any necessary court processes to get everything up to date.

Continue checking in on your plans and arrangements

Future planning is not a one-time event. It’s best practice to keep engaged with your legal team over the duration of your life, and remember to update your final arrangements accordingly. Whenever you amass a high amount in your banking accounts or if you acquire an asset that you want to move or add into the arrangement, contact your legal team. Continue to update them, and set aside recurring time (approximately every 2-5 years) to go back over your arrangements and ensure they are as comprehensive as possible.

If you’re looking to finalize your estate plan in Utah, the team at Ascent Law wants to help. We’ve had the opportunity to help hundreds of clients find success with their estate plan finalization and would love to help you do the same. For more information and to get started today, please visit our website.