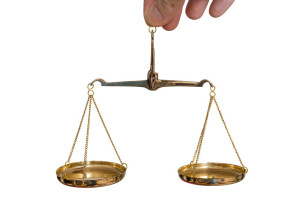 What is alternative dispute resolution (ADR)?

Alternative dispute resolution is an umbrella term that designates different alternatives to the formalized litigation process. Examples of this that apply to cases of divorce include mediation or arbitration. While similar, these two methods are fundamentally different in approach and can help to solve different problems between the two partners as they work toward a common resolution. We’ve summarized key differences and similarities between the two for you below.

How do I know which form of ADR is right for me?

Both mediation and arbitration are perfectly valid forms of dispute resolution if you’re facing a divorce in Utah. However, you may be wondering which option is the best option for your unique needs.

If you’re considering forms of ADR in Utah, we encourage you to connect to a qualified attorney who can review the evidence and maximize your benefits to suit your needs. While arbitrators and mediators take part in non-litigation-based processes to come to a court-finalized solution, an attorney is still absolutely invaluable to guide you through the process, walk you through the administrative requirements, and be your advocate to ensure that your needs are met in this emotionally trying time.

What should I do if I want to pursue ADR in my divorce case?

The Utah Court has found that about 95% of civil cases are resolved before going to trial. This means that ADR can be a very effective means of resolution for your legal needs and Utah divorce case. If you are looking to pursue ADR independently, you can file a Certificate of Selection of Dispute Resolution or a Stipulated Motion of Referral to ADR with the Utah Courts, along with a proposed order. The judge can also do this completely independently of either party, although this is a less common occurrence.

How can attorneys help in ADR?

Your attorney can be an invaluable resource to you during this process and can take care of the filing tasks on your behalf. This can save you time and cost lost from improper filing fees, and can help you to avoid potentially prolonging your case. They can also assist you in case preparation, discovery submission, or choosing a mediator with your partner for the ADR process.

Your lawyer can put your case in the context of relevant case law, and align your proposed solution to be equitable and more likely to accept for all parties involved. They can help you to organize what your true needs are, and partner with you in your success.

If you’re considering ADR in place of divorce in Utah, the experts at Ascent Law are here to assist. We have years of experience helping couples navigate alternative dispute resolution processes, and can help you to get the most out of your meditation or arbitration process. For more information, please visit our website. We look forward to connecting with you soon.