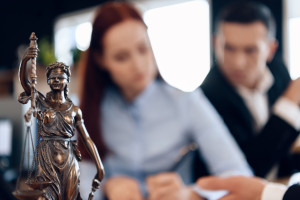 If you’re considering divorce in Utah, it can feel completely overwhelming and unnerving. Even if you’re sure of your decision, the process is long, emotional, and can be costly. However, for many, divorce is the best possible option as opposed to continuing an unhealthy or unhappy marriage. If this sounds like you, you may be wondering:

Do you need cause to divorce in Utah?

In this article, we’ll be exploring the potential reasons for divorce in Utah, Utah divorce laws about cause, and what you need to know about how a lawyer can help you through the Utah divorce process.

Why do couples want to divorce in Utah?

There are several different reasons and “triggers” that could prompt a divorce request between a couple. While reasons for divorce are generally personal, common causes include:

Of course, there are a variety of other reasons and causes for divorce. Sometimes, it’s as simple as a noticeable lack of compatibility between the two parties, even if there once was intimacy and cohesion.

Do you need a cause to divorce in Utah?

Divorce laws are state-specific regulations that are designed to protect the interests of both parties involved, as well as those of children or minors (if applicable.) Utah has had a mixed history with divorce law.

Prior to 1987, Utah abided by a legal “fault” system for divorces in-state. This means that in order for a couple to divorce legally, there would have to be a reason that a spouse gave for the dissolution — otherwise known as assigning fault. Common instances of fault included adultery, abuse, and unhealthy behavior. This ultimately allowed the possibility of further harm between partners in a relationship to try to “cause” a fault event when, in reality, either one of them wanted to depart from the marriage in a legal way.

After the updated divorce law clause in 1987, the law expanded to allow divorce in cases of “irreconcilable differences.” This included key disagreements between the couple that otherwise prevented the marriage from moving forward, effectively upholding a “no-fault” divorce law in place for couples in Utah after the update was signed into law.

If you’re considering divorce, you aren’t alone. In fact, statistically, 50% of marriages end in divorce in 2022. The rate is even higher if one or both partners are in their second or third marriage. While common, divorce is especially painful, frustrating, and time-consuming. Because of this, it’s important to secure competent legal aid to help you through this.

Your legal expert can walk you through every step of the divorce case, from petition to hearings. They can also help you move through the process of organizing any sort of documentation or proof that you may need to bring your case to completion.

The team at Ascent Law has had years of experience assisting people through their unique divorce processes and is here to partner with you in your success as you bring your case to a successful resolution. For more information and to book your free intro call today, please visit our website. We look forward to serving you.