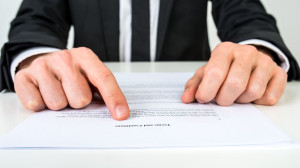 Divorce can be emotionally taxing, especially when the process is complicated. Contested divorces can cause issues for one or both spouses and can cause additional time to be spent going through court-related processes to resolve the issue of the contest. While the obvious solution is to avoid a contested divorce if you can, this may not be possible for certain relationships and cases. Your lawyer is ready to be a resource for you as you navigate this difficult time and can help to ensure that your interests are protected in the case of contested divorce in Utah.

What are the reasons why a divorce can be contested?

There are many different reasons why you or your spouse may choose to contest a divorce. Below are just a few reasons why a contested divorce may be the right choice for you:

What is the process for contesting a divorce?

The process of contesting a divorce decree in Utah is fairly simple. The first step that you’ll want to take is to connect with a skilled attorney who can assess your situation and help you to take the next correct step. They will be the ones to assist you in preparing your request and formally filing it with the court. They will be able to reference prior Utah state case law, and determine how it best applies to your specific case.

After the filing is complete, your spouse will be given the opportunity to respond. There may be times when your spouse may ignore the request completely, which will enable you to be eligible for a divorce by default. Your attorney can work with you to determine if your spouse has surpassed the allotted time for a rebut and response, otherwise known as a counter-complaint.

After that, your attorney will help you to align any other necessary documentation for your case. It’s important to note that contested divorces can take years to get through, which is why they are not always an ideal solution to marital disagreements or custody changes. It is extremely costly to go through an extended contested divorce process and can put the entire family through additional undue turmoil.

Can you opt for settlements in contested divorce?

As we’ve mentioned before, the process for contested divorce is emotionally grueling and financially draining. If, after months of attempt and process, you decide that you wish to opt out and settle for a simpler solution, you may choose to pursue a settlement in lieu of additional divorce proceedings. A settlement would require you to speak with your spouse and work out an amicable and mutually beneficial agreement. Normally, the process of working out the agreement is left to the spouses and is kept out of the court until the decision is ready to be finalized.

A divorce attorney is especially important to reference if you are choosing to move forward with a potential settlement. It can be confusing to determine the best next step for you in this case, especially when it comes to asset division and custody agreements, or any amount of spousal support that you may be eligible for. While you can forgo an attorney and do the process yourself, you can give yourself additional peace of mind and assistance through the process by relying on the help of a skilled divorce attorney in Utah.

Choosing to do a settlement may not keep you entirely out of the Utah family court system. In order for anything to be legally binding, it must be reviewed and approved by the court. Your presiding judge will weigh in to determine what the most equitable resolution is for everyone involved, and will work to bring the case to true resolution in an effort to prevent further disruption to your process. Because of this, you should be prepared for at least one legal hearing to finalize your agreement.

Ascent Law can help you with contested divorce in Utah

If you’re facing a possible contested divorce, it’s important to be prepared. Ascent Law is here to help and has successfully navigated hundreds of prior cases of contested divorce to success in the state of Utah. For more information, please visit our website. We look forward to assisting you!