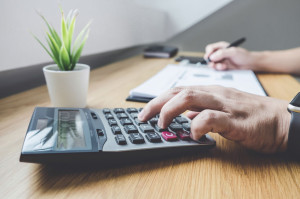 One of the most prevalent myths about filing for bankruptcy is the belief that your debts will all be excused by the court. While this can be true in some cases, several different types of debts are not considered “dischargeable.”

Below, we’re diving into the type of debts that can be left on your record after filing for a Chapter 7 bankruptcy, exploring Utah bankruptcy laws and uncovering the key differences between dischargeable and non-dischargeable debts.

What debts are considered non-dischargeable during Chapter 7 filing in Utah?

There are many exceptions to the dischargeable debt portion of bankruptcy cases. The ultimate goal of bankruptcy is to alleviate some of the financial burden from the debtor and also fairly repay the creditor as much as possible within the time constraints ruled on by the court. With that being said, there are certain exceptions to what can be removed in order to protect both the interests of the debtor and the creditor.

Below are some of the non-dischargeable debts commonly encountered during the Chapter 7 filing process:

While additional costs and fees may fall into this category, these are among the most common non-dischargeable debts that you’ll find through the Chapter 7 bankruptcy process.

What debts can you discharge with a Chapter 7 bankruptcy?

Now that we’ve covered what is considered a non-dischargeable debt, let’s go over what can be discharged from your record after successfully filing for Chapter 7 bankruptcy.

How can an attorney help with a Chapter 7 bankruptcy case?

Your attorney can be extremely helpful to you throughout the Chapter 7 filing process. They can assist you with navigating complex court-mandated processes, administrative filing steps and arguing in your favor during the subsequent hearings and court appointments. They can also work with you to compile the necessary paperwork ahead of time to help streamline the process as much as possible.

If you’re considering bankruptcy, the team at Ascent Law wants to help. Our experts have years of experience and a track record of success navigating complex bankruptcy cases and are confident that we can bring your case to resolution. For more information and to book your free intro call today, please visit our website. We look forward to connecting with you soon!