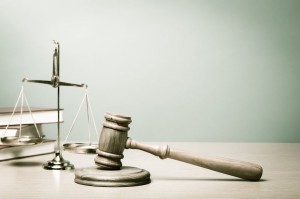 Divorce is a deeply personal decision and is often portrayed as a bitterly long, disparaging process. For this reason, many couples want to try to avoid divorce court wherever possible or may be hesitant to sign any sort of divorce papers in an effort to avoid the drawn-out and complicated process. There are suitable, legal alternatives to divorce court in the state of Utah, which we’ll be covering in this blog post.

What is divorce court?

Divorce court is a term commonly given to the divorce trial process, which is considered a branch of family law. The process and regulations surrounding divorce trials vary by state and can range depending on the specific details of your case. The court process will allow you and your spouse to settle asset allocation, and answer any questions that the court may have about your marriage and situation. In the divorce court process, you may begin to determine the custody agreements of the children based on any pre-existing agreement and go over any key validation documents — such as marriage licenses, prenups, and financial records.

What are available alternatives to divorce court?

While there are available alternatives to divorce court, it is important to note that the divorce must be finalized through the court system to be legally validated. Many of these alternatives rely on the mutual agreement of both parties to create a situation that works best for them. We’ve outlined two of the most common resolutions below:

In this alternative resolution, there is nothing legally binding. However, this can be helpful in situations where a divorce may be too costly to pursue. This can also be an option that’s easier to pursue if the couple doesn’t have vast amounts of assets or any other third parties to consider. These types of social contracts are fairly widely accepted and can help either party of the marriage cope through the divorce process. Possible alternatives to consider in this category include:

Annulment is a legal term that would indicate that the marriage is invalid in the eyes of the court. Annulment is a legal process that requires a court to bring the case to full resolution and to finalize the annulment but is not the same as divorce court.

The process of annulment requires a certain set of circumstances to be fulfilled in order to be considered as an alternative to divorce court. Annulment is also something that must be proven in order to be validated by the court, meaning that couples considering this alternative route ought to come prepared with documentation detailing their claims. Two of the most common reasons for annulment are mental incapacitation or the inability to make the decision to marry on one’s own behalf, or fraudulent behavior that affected the marriage.

Fraudulent behavior is a common cause for annulment and may occur if a partner in the marriage tries to show their assets as something that they are not. For example, if someone forged stock documentation or other assets in their name to make a marriage more favorable to the other partner, this could be grounds for annulment via fraud.

Alternatively, if someone agrees to the marriage and is determined to be mentally incapacitated or unable to make the decision on their own behalf, there may be grounds for annulment via incapacitation.

If you are determining if an annulment is the right decision for your relationship, you may consider reaching out to a trusted attorney who can help you to evaluate your decision and determine the next step for your case.

Divorce is difficult, but Ascent Law is here to help

Divorce is difficult and can feel lonely at times, but know you’re not alone. Ascent Law is here to partner with you every step of the way and ensure that your assets are protected at all times. For more information, and to book your free intro call, contact our offices today at (801) 432-8682.